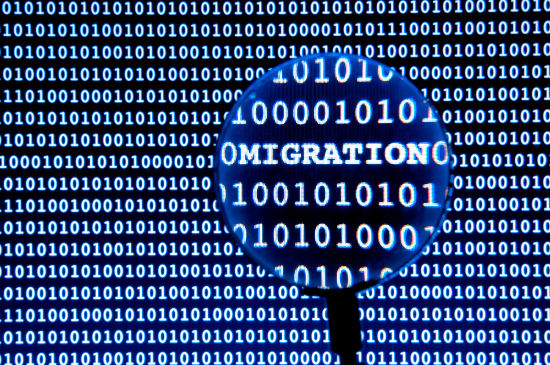 The migrate API works with plugins and stores the configuration for those plugins in a configuration entity. There are a number of plugin types offered: source, process, and destination are the most important. Source merely provides an iterator and identifiers, and most of the time the destination plugins provided by core are adequate, so this article will focus on process plugins.

Nothing gets into the destination unless it is specified under the top level process key in the configuration entity. Each key under process is a destination property and the value of it is a process pipeline. Each “stage” of this pipeline is a plugin which receives the output of the previous stage as input, does some transformation on it, and produces the new value of the pipeline.

There are a few plugins which indeed only use the pipeline value as input – for example, the machine name plugin transliterates the input (presumably a human name) and replaces non-alphanumeric characters with underscores. However, if that was all plugins could do they wouldn’t be too useful. Instead, every plugin receives the whole row and the name of the destination property currently being created.

Each stage in the process pipeline is described by an array, where the plugin key is mandatory and the rest is just the plugin configuration. For example:

The above mentioned machine name transformation is run on name and then the entity deduplication plugin adds a numeric postfix ensuring the vid field of the taxonomy_vocabulary entity is unique. That is the canonical format of the process pipeline.

However, often only a single plugin is enough:

In this case, instead of a list of plugins, just a single plugin is used. Note the dot in body.format. The system supports the dot notation for source destination; it’s the equivalent of $destination['body']['format'] = ....

Finally, very often something just needs to be copied. This could be implemented as:

Any time the source key is used, the system inserts an additional pipeline stage running the get plugin. In case you’re wondering what the starting value of the pipeline is, it always starts with NULL. Most often the first stage will contain a source and get will provide a value based on the source.

Now let’s see the relevant parts of a process plugin:

As this is a plugin, the Drupal\modulename\Plugin\migrate\process namespace is mandatory and so is the @MigrateProcessPlugin annotation. These plugins typically extend ProcessPluginBase. There is only one method specified by the interface: transform. The $value is the current value of the pipeline and the return value will be replaced by it. While this particular plugin only depends on $value, it would seriously limit the usefulness of the system if the other parameters were not available. Thankfully, it is possible to peek at other values in the row: $row->getSourceProperty($property) gets other source values. Already calculated destination values are available too by using: $row->getDestinationProperty($property);. The plugin configuration is available as the array $this->configuration. For example, if you look back at the second example, $this->configuration['migration'] would be d6_filter_format.

All the examples above are simple scalars: there’s one body and it has a single format. Every vocabulary has a single identifier. And so on. Sometimes the value of a source property will be an array. There are two kinds:

This essentially makes the process subsystem recursive with the usual advantages and disadvantages of recursion: it’s harder to understand but insanely powerful.

There are two more features I’d like to draw attention to; both are in the key: @id row. One, the iterator plugin, can change the key – the source simply gives us a list of filters, but Drupal 8 expects the filter plugin ID to be the key. Second, the @id notation is usable not just for the key but also as a value of any source key. Specifically, @id notion means: use the already calculated id destination value for this. And it works because the key is calculated last.

J. Ayen Green
Lessons gleaned from the Atlanta snow-jam for those facing the coming of Drupal 8.
0
Coming Soon

What in the world are those dashes?