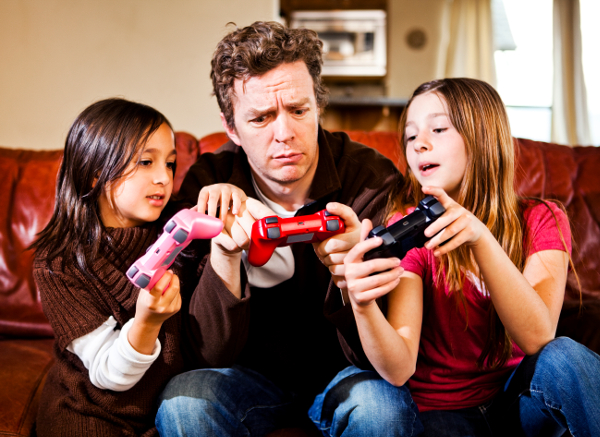 FADE IN:
INT. RONNIE’S APARTMENT - NIGHT
Ronnie is on the phone. Vanessa is on her iPad, chuckling.

RONNIE: (into phone) Jeremy, calm down – I understand. You need the "Baby Steps" column in three days. No problem, man, I'm on it... Okay. Cool. (he disconnects) Damn. (to Vanessa) What’s so funny?

RONNIE: I have no idea.

RONNIE: No! Yeah. I didn't realize, when I proposed writing the column, how complicated Drupal is. You want coffee?

RONNIE: I'll just watch one of the instructional videos they have.

VANESSA: You watched Pulp Fiction for the hundredth time.

RONNIE: Pulp Fiction has always been an inspiration.

VANESSA: And the night before that, American Psycho.

VANESSA: Goodnight. Don't wake me up.

ON TV: The Big Lebowski.

Ronnie, gloomy, sits at the bar. Polo pours a martini and removes the empty glass.

POLO: She broke up with you?

RONNIE: No, man, we're just... we're on, like... a hiatus. Until I have my website built.
As Ronnie slurps down most of his drink –

POLO: You better get on it – a chica like that, she won’t be single for long.

RONNIE: (glum) Thanks for the advice. 'nother one.

POLO: Dude, three martinis? You're not gonna get much Drupalizing done.

RONNIE: Drupal! I hate Drupal! It's ruining my life!

POLO: Okay, here's what you do – put a notice on CraigsList. Hire some kid with a computer science degree. Presto, you got yourself a website.

RONNIE: I don't know. The whole premise was that I do it myself. Hiring somebody feels like cheating.

KEVIN: Sure, like, I could build you a Drupal website, and I could do it for, like, two hundred dollars. But if you want me to sit with you? And watch you do it? That'll be more like –

He suddenly laughs at a message and texts a rapid reply.

RONNIE: Kevin, you're on a job interview.

Kevin gives him a puzzled look.

RONNIE: Do you normally text when you're on a job interview?

KEVIN: So listen, like I said, if I do it myself, two hundred. But if I have to, y’know, babybysit sit you? – five hundred.

He types rapidly. Ronnie reaches over and covers Kevin's phone.

KEVIN: Yo! I'm in a polyamorous relationship! Sometimes it gets... you know.

RONNIE: No, actually. I don't know.

KEVIN: Time-consuming? Okay, I guess I could talk you through it for... uh, four hundred dollars say, if you're, like, a super-fast learner?

RONNIE: I went to Stuyvesant.

RONNIE: A while ago. Three hundred.

KEVIN: I don't have a lot of time.

RONNIE: (opening his laptop) Right. You're in a polymorphous –

KEVIN: No. Who’s your host?

RONNIE: Host? We’re having a party? Hahaha – kidding. Hey, I already have a WAMP stack.

He's out. Ronnie takes a sip of coffee, stares at the screen.