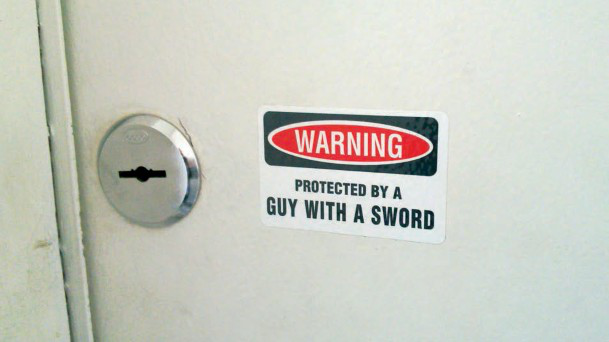 Drupal has a pretty secure structure: a small, simple and stable core that can be extended with tons of modules and themes. From Drupal 7’s initial release on January 5, 2011 until now, there were only 17 core security updates, which is quite a small number for a period lasting longer than four years.

And using custom modules is even more dangerous if they are not tested properly. Let’s face it: no one uses Drupal without modules. That’s why I will share with you some of the best open source tools to improve the security of your website.

Knowing your opponent’s moves helps you better prepare your defenses. That’s why we will try to attack with every known-at-the-moment method of testing vulnerability. All the tools I will show are easy to use without any knowledge of the source code. And the best part is, you can use this strategy indefinitely, if you keep these tools up-to-date. Remember: update first, then test.

I can’t emphasize enough how important it is to keep all your stuff up-to-date, so let’s start with that idea: If one tiny part of your website has a security breach, the whole system is corrupted. That’s why you should check for updates for the core and the modules you are using. There are reports you can find on Drupal’s official page; if you find that there is a security update available, immediately apply it.

Start with Kali Linux: it's small, and has Metasploit and Armitage pre-installed. Armitage gives you a GUI, exploit recommendations, and use of the advanced features of Metasploit Framework's Meterpreter. (But remember to get updates every time you're about to run tests.)

Then, get an exact clone of the server; same machine, database, structure, OS version, etc.

NOTE: It is not recommended you use this technique on live websites because there is a chance the server will go down.

Now you’re ready to put on the white hat and get the party started.

Hail Mary finds exploits relevant to your targets, filters the exploits using known information, and then sorts them into an optimal order.

Important: When you use msfupdate, the database doesn’t get all the possible exploits. When you find some exploit that you want to try on your site, you have to manually add it and execute it. Here’s how:

Wapiti is a powerful scanner. It supports a variety of attacks and, in the end, provides nice reports in different formats. You can read more about it on the official site. When you open the console and type in wapiti, the wapiti help will load. I use
wapiti <a href="http://example.com">http://example.com</a> -n 10 -b folder -u -v 1 -f html -o /tmp/scan_report.

NOTE: It is possible that you’ll encounter “You have an outdated version of python-requests. Please upgrade.” The fix is pip install requests –upgrade.

So, CMSmap is another free open source vulnerability scanner which supports Wordpress, Joomla, and Drupal. It also supports brute force, but Drupal is solid there since it blocks the user after a fifth wrong password attempt.

But remember: “The quieter you become, the more you are able to hear.”

Image: "Security" by Henri Bergius is licensed under CC BY-SA 2.0

Daniel is working on large scale Drupal projects as a Quality Assurance Engineer for FFW (formerly ProPeople). His main occupations are Mink and Behat automation tests and penetrations testing. He loves open source projects, and trusts in the power of the community.