Using Apache and SELinux Together

SELinux is a powerful tool for controlling what applications are allowed to do on your system. SELinux is a labeling system where every process and every object (files, directories, devices, network ports, etc.) gets a label. Then a large rules database, called policy, is loaded into the kernel. The kernel, based on the policy, controls what each process can do based on its label, and the label of the object it is trying to access. For example SELinux allows a process with the Apache label (httpd_t) to share data labeled as "read/only Apache content" (httpd_sys_content_thttpd_sys_content_rw_t). SELinux will block Apache processes from reading data labeled as user's home content (user_home_t) or database data (mysql_db_t). Apache processes can listen on ports labeled as the Apache port (http_port_t) but can not connect to the ports labeled as the mail port (smtp_port_t). 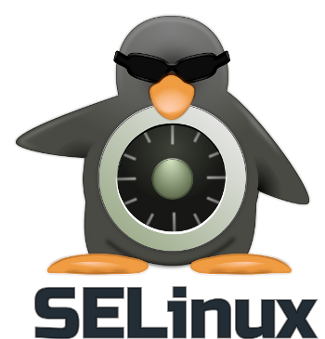 "Well that is all fine and good Dan, but Apache can be configured in a hundred different ways. Can you give me some idea of how to stop SELinux from complaining?"

A while ago I wrote an article called: What is SELinux Trying to Tell Me? The Four Key Causes of SELinux Errors. In the article I explain that the four causes of SELinux messages are:

In the rest of this article, I will explain how to deal with each of these scenarios.

You Have a Labeling Issue.

As I explained above, SELinux is a labeling system: each file/directory must have a label. By default Fedora or Red Hat expect Apache content to be stored under /var/www. SELinux policy labels (httpd_sys_content_t) content under this directory so Apache process (httpd_t) can read it. Fedora expects cgi scripts to be stored under /var/www/cgi-bin, so SELinux policy defines a label (httpd_sys_script_exec_t) for this content which Apache can execute. There are many labels associated with Apache including httpd_sys_content_rw_t and httpd_sys_content_ra_t; these labels allow the Apache process to write and append the content appropriately. You can read the httpd_selinux.8 man page for a description of all the labels associated with Apache.

Sometimes you might want to store content in a directory different from the default Apache directories. You might get an AVC1[[Footnote]] message, indicating that Apache was not allowed to write content to a /var/lib/myapp directory. Since SELinux did not expect Apache to write to this directory, the access is denied. You can change the label of the directory to a label that would allow SELinux to write to it. The best way to do this is: first, alter the SELinux labeling database by using the semanage fcontext command; after you alter the default labeling, you can use restorecon to actually put the labels on disk. In our example, we want to setup the directory tree under /var/lib/myapp as being Apache read/write content.

The first command uses semanage (SELinux Manage) with the fcontext command (File Context). We tell the system to add the SELinux type httpd_sys_content_rw_t type to the /var/lib/myapp directory and all of its children using the regular expression '/var/lib/myapp(/.*)?'. Then running restorecon will actually change the labels on disk on all existing files and directories.

Be careful when you do this and make sure you are changing a system label.2[[Footnote]] If you want to share content owned by a different process type, you probably do not want to change the label, but would be better off setting a boolean or writing a little bit of custom policy, defined below.

You Changed the Default Configuration and You Need to Tell SELinux About It.

SELinux is often described as a "Least Privilege System." This means you give the least possible access to a process to get its job done, but nothing more. I refer to the policy shipped by Fedora and Red Hat as "Reasonable Privilege System." Our goal is to give access to a confined process in a way that most people would run the application. Sometimes you want to run a process with additional access, you have to "tell" SELinux about this. In the previous example we told SELinux about changes in the default labeling, now we are going to look at additional SELinux configuration. SELinux policy allows administrators to set booleans to modify the access. Booleans are if-then-else rules written in policy that can be toggled to change the way a confined application can run.

A great example of this is Apache sending mail. Most people setup Apache to bind to port 80 and share read/only content. In the past, Apache processes have been hacked and turned into spam bots, sending out tons and tons of spam. By default SELinux blocks the Apache process from connecting to the mail port (We actually block almost all network ports from Apache). Even if your Apache process was hacked, the hacker would be blocked from sending mail or from attacking other networks using your machine. But what if you want your Apache server to be able to send mail? You would turn on the httpd_can_sendmail boolean.

All the booleans related to Apache are documented in the httpd_selinux.8 man page. Or you can list them using

Or you could view and modify them using the system-config-selinux GUI tool.

You can use audit2allow to read AVC messages and it will report on any booleans that would have allowed the access. Setroubleshoot is a great tool for analyzing the AVC; it will also tell you if a boolean is available.

I Want Apache to Listen on Port 81

SELinux not only controls access to the file system, but also controls network access. By default the Apache process is allowed to bind the http_port_t type. This type is defined for the following tcp ports:

If you wanted to allow Apache to bind to tcp port 81, you would execute the following command:

You can use the semanage port -l command to list all port definitions, or system-config-selinux.

Note: If a port is used by a different confined domain, and you modify it to http_port_t, the other confined domain may lose access to it. For example if you modified port 25 to be used by Apache, your mail servers would probably no longer be able to access it, since they would not be allowed to bind to http_port_t.

If SELinux is denying access and you do not find a boolean or a way to change the labeling to allow the access, you might have found a bug in either the confined application or in SELinux policy. The best thing to do in this situation is to report the bug to your distribution. Setroubleshoot can be used to send the message. You can also use the #selinux and #fedora-selinux IRC rooms on freenode to ask SELinux experts to look at your avc messages and see if they can help. If you have to get your application working now, you can do one of following, from worst to best.

There is a fine line between this section and the previous, since they can look very much the same. Suddenly the audit logs are flooded with AVC message about httpd trying to do stuff. Try to analyze the policy and look for strange AVC's, for example: the Apache process trying to shut down selinux or read the /etc/shadow file or execute su or sudo when you did not set the server up to do this; denials connecting to the mail port; or attempts to load kernel modules. These could all be signs that your Apache server has been hacked and SELinux is blocking further access. In this case you definitely do not want to put the machine into permissive mode or add custom policy modules to allow the access. It is best to talk to someone in your security department if you suspect a hack. Or go outside for SELinux help.

Hopefully this article has helped you become more comfortable with SELinux and Apache. Apache is our most complex domain that we confine, since it is infinitely customizable. But you should be able to lock it down on your system and still be able to get the job done.

Robert Hansen
There are several problems with the common security approach of scan, audit and patch. Learn about the drastic security improvements that can be made by hosting your site in a secure environment.
0
Coming Soon

Károly (Chx) Négyesi
A practical look at online security: knowing the enemy and understanding you will never be totally safe.
0
Coming Soon

Angela Byron
An overview of the major happenings in Drupal 8: what's on the horizon and how to help make these exciting new changes happen faster.
1
Coming Soon
END_OF_DOCUMENT_TOKEN_TO_BE_REPLACED
Coming Soon
About the author:

Daniel Walsh has worked in the computer security field for 30 years, joining Red Hat in 2001. A/k/a Mr SELinux, Dan is the lead engineer of the SELinux project, concentrating on the application space and policy development. He helped developed sVirt, Secure Virtualization, SELinux Sandbox, and Xguest/Secure Kiosk. Dan has also worked at Netect/Bindview and at DEC.