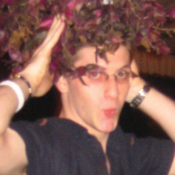 Sam Boyer has been working with Drupal since early 2008. In addition to numerous site builds, he was an initiative co-lead for Drupal 8, has worked on Panels and CTools, and architected the git hosting platform that runs Drupal.org. Nowadays, he mostly cares about reducing Drupal’s rampant complexity through devops, testing, and software architecture best practices.

As Dionne Warwick once warbled, “wishin’ and hopin’ and thinkin’ and prayin’ won’t bring Drupal 8 into your arms.” Or something like that. Meanwhile, there’s CRUD (and HAL and POX) to whet your appetite and help you make standards- compliant decisions.
0