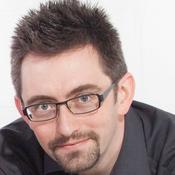 Kristof is a Drupal strategist and architect with a degree in bioengineering. He started his career as a technology manager. At Pronovix, the company he co-founded, he’s been focussing on Drupal since 4.7. Recently his interest in DITA and reusable, single source documentation have culminated in the WalkHub.net project, an open source project that aims to become the GitHub of website documentation.

He initiated and later became the co-organizer of an introductory Drupal course at the University of Szeged (Hungary). As a permanent member of the Drupal Association, he was at some point the lead for the selection task force for European Drupalcons and of the inaugural Nomination Committee. Among others, he was the initiator and (co-)lead of Drupalcon Szeged (2008), DrupalCXO Brussels (2010), Drupal Developer Days Brussels (2011) and Drupal Government Days (2011). Currently he is involved in the organization of the Write the docs unconference in Berlin (2014 July).

A Journey From Centralized to Not
0

No, you don’t have to spend years writing code in order to set your startup in motion. Instead of building that prototype, just create a pretotype, which lets you toss a lot of stuff on the wall to see what sticks. What’s a pretotype? Read on.
0
Subscribe to Watchdog