Today, my cover was blown.

If you came across this photo on your Facebook account or Twitter feed and you’ve been wondering – or furiously texting friends who were in Austin last month – “Is that really...?” or “Was he...” and “Did you meet him?” 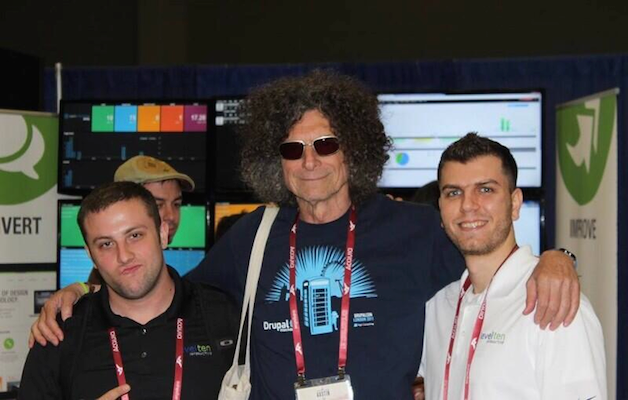 No. Howard Stern did not attend DrupalCon as a Drupal Watchdog secret agent. (Although we did hear a rumor that he was in Austin at the time, taping an episode of America’s Got Talent, and that he just might put in a surprise appearance at the Convention Center.) 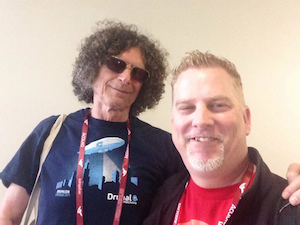 In fact, I can say with some certainty – having been a guest on his show – that Howard wouldn’t know Drupal from poopal.

Truly, that was I in the photo: Ronnie Ray, your fearless Watchdog blogster.

So now you know. But kindly keep this information on the QT.

Although if you or your company want a Howardish presence at DrupalCon Amsterdam, feel free to send checks, cash, a NYC-Amsterdam round-trip airline ticket (and Howard only flies first class, alas) to R. Brawer, c/o this magazine.

I must admit, I first had to look up Drupal. Second, you should've pretended to be Howard. Why not? Celebs get free stuff :)